This article was originally published on The Sacramento Bee

It could come in the form of “pot” roast or a “rasta pasta” with cannabis-infused pesto. Or for those feeling a little too lazy to cook, a pre-made, pot-laced pizza can be baked in the time it takes to hear the first three songs on Pink Floyd’s “Dark Side of the Moon.”

With marijuana legal for medicinal or recreational use in 23 states and Washington, D.C., interest in the herb and its culinary properties have reached a new high. The gourmet applications of marijuana are being mined by chefs and cookbook authors who are attempting to elevate cannabis cuisine beyond the batch of homemade pot brownies. In cities where recreational marijuana use is allowed, such as Seattle and Denver, restaurants promote pairing dinners featuring weed and food.

Here in Sacramento, a number of local chefs and culinary experts are experimenting with marijuana-based foods with an eye on entrepreneurship. Chef Adam Pechal previously has been in discussions with All About Wellness, a midtown dispensary, about developing cannabis edibles that emphasize the savory side.

“You can only eat so many brownies and sweets,” Pechal said. “After a while you want to have pizza. I was thinking of doing a pizza where a slice was one good dose. I’ve definitely been intrigued.”

The fast-expanding marijuana marketplace includes an array of products, including pot-infused potato chips, pretzels, popcorn and gourmet sweets. Even the makers of Ben & Jerry’s recently expressed the desire to create a cannabis-laced ice cream. But despite growth at the intersection of pot and food, many concerns remain related to potency and product consistency. California’s marijuana edibles industry is largely unregulated, with little oversight of food safety and handling.

Nevertheless, edibles companies are becoming more culinary-minded. Instead of the stereotypical hippie in a tie-dye T-shirt, the cannabis cook of today may very well sport a proper chef’s toque.

Korova Edibles, a Bay Area-based company with products in more than 200 dispensaries statewide, has a staff that includes a pastry chef with culinary school training. The kitchen is certified by CW Analytical, an Oakland company that consults with the medical marijuana industry in health and safety issues, cooking processes and employee training. It also offers potency testing.

“In the beginning, it was a lot of people making stuff out of their kitchens from recipes that came in the 1960s,” said Lauren Teal, sales manager for Korova Edibles. “It’s no longer like that.”

The key component of cannabis edibles is generally a marijuana-infused butter, known as “cannabutter.” Since cannabanoids are fat-soluble, substances with a high fat content are needed so the psychoactive component of marijuana, THC, can bond with an edible ingredient. That could come in the form of butter, coconut oil or olive oil. Eating raw marijuana wouldn’t have much effect. The digestive system isn’t able to directly process THC.

So cooking usually commences with a slab of cannabutter or a pour of infused oil. Marijuana-minded chefs have plenty of recipes at their disposal, be it “weed burgers” and “sous vide cannabutter” via websites such as www.originalweedrecipes.com, or books such as “The Official High Times Cannabis Cookbook” and “The Ganja Kitchen Revolution.”

But for all the recipes and crafty cooking, marijuana products are not an approved food or additive under California law. Federal law still classifies marijuana as a Schedule 1 drug, in the same category as heroin and LSD. However, a 2013 U.S. Justice Department memo declared that federal agents wouldn’t intervene in states that legalized medical or recreational marijuana, provided those states enacted and enforced “robust” controls on cultivation and sales.

California has yet to pass regulations governing its medical marijuana industry, including standards and oversight for cannabis food products. A current bill in the California legislature, AB 266, would provide a framework for licensing marijuana growers and dispensaries, among other provisions.

San Francisco has meanwhile developed its own guidelines for the preparation of marijuana edibles, including labeling requirements and the use of gloves when packaging products. But Sacramento, along with many other California counties, doesn’t have a similar kind of protocol for making marijuana-based foods.

“It’s sort of a nebulous gray area,” said Brenda Bongiorno, a communications officer for Sacramento County, about regulating cannabis edibles. “It’s every jurisdiction grappling with this. We’re not the only ones.”

According to Bongiorno, the county hasn’t received any complaints, or made any referrals to the California Department of Public Health, related to issues with a marijuana edibles products.

Proper dosage remains a challenge for cannabis edibles. The psychoactive effects from marijuana-infused foods can take up to 40 minutes to be felt, unlike the more immediate reaction from smoking. Users can be tempted to eat more, thinking their initial dosage wasn’t enough, only to find they get more intoxication than bargained for.

Given the varying potency among marijuana strains, dialing in a consistent dosage can be a trial-and-error experience, especially when the edible isn’t tested in a lab. What looks like a simple chocolate, no matter how gourmet, can easily turn into a bad trip (or worse) if the user isn’t careful. Just ask New York Times columnist Maureen Dowd.

Ed Murrieta certainly knows the challenges of working with edibles. He’s a trained baker and food journalist (and former Bee staffer) who contributed two recipes to the High Times cookbook and consults for edibles companies. Murrieta says it’s difficult to make cookies and brownies with a consistent potency, since air pockets in these desserts create volume discrepancies. Even the length of cooking a batch of cannabutter can affect its strength.

“We all know what the difference is between 80 proof Grey Goose and 180 proof Everclear,” said Murrieta, who’s also developing an edibles safety app. “As a consumer group, most (people) don’t have that understanding with cannabis in the same fashion. There’s all kinds of variables that people don’t understand in terms of science and food processing. It’s only folk wisdom.”

But if marijuana becomes legal for recreational use in California, the future could look something like Cultivating Spirits. The business, based in Silverthorne, Colo., specializes in cannabis cooking classes and a weekly dinner series that fuses wine, weed and gourmet food tastings. For $249 per person, participants travel by limousine to a cannabis dispensary and then sit down for dinner at Cultivating Spirits Eatery.

The menu doesn’t include marijuana-infused foods. Cannabis edibles are not legal to serve at a Colorado restaurant. Rather, diners learn firsthand about dishes that pair well with smoking, say, the Sour Diesel cannabis strain. As with a wine or coffee tasting, there’s discussion of aromatic compounds, such as the terpenes in cannabis, and the proper way to savor them while smoking.

That’s to say, in some circles, cannabis is treated like the new cabernet sauvignon.

“We’ve had an unbelievable response,” said Philip Wolf, the founder of Cultivating Spirits. “We want to show people that you can treat (cannabis) like a wine and enjoy it in moderate amounts. We’re teaching people how to be cannabis connoisseurs.” 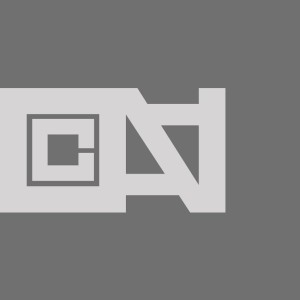 HOW TO MAKE CANNABIS COFFEE?

Haute Pot Pairings: Inside the World of High-End Marijuana Cuisine